One man’s rodent, is another man’s treasure

I volunteered with Kiarrah Smith, a PhD student at ANU, over two mornings in early September. Kiarrah’s research is based on the fundamental questions of best practice for rebuilding mammal communities and the effects of these reintroductions on the recipient ecosystem, with a focus on the reintroduction of small native mammals into Mulligans Flat Woodland Sanctuary. On the mornings I worked with Kiarrah, we surveyed for the presence of the New Holland mouse (Pseudomys novaehollandiae) in an area that Kiarrah had identified as a known habitat of New Holland mouse from previous studies in 2016 that were based on the release of ~89 individuals in 2013. 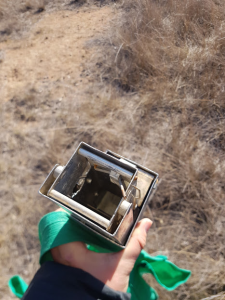 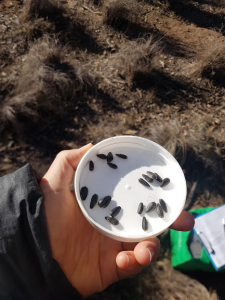 Longworth Traps that we had to assemble before placing 20 intact sunflower seeds inside.

On the first morning, we lay 40 Longworth traps at approximately 20 metre intervals surrounding the GPS coordinates where the mouse had previously occurred. Kiarrah told me that we required 40 traps to ensure there were enough potential sites for presence to be recorded, as a previous surveying exercises suggested there had not been enough opportunities for detection.

Longworth Traps were placed next to potential habitats like grassy tussocks and deadwood to increase the chance of New Holland mice detection.

Each trap contained 20 intact sunflower seeds and New Holland mouse detection was to be based on the state of the seeds when we returned to collect the traps. Kiarrah explained that a common house mouse (Mus musculus) would leave a scrappy hull after seed consumption, while New Holland mice would split the seed hull neatly down the middle. However, when we collected the traps 5 days later, it appeared—upon first observations—that none of the seeds had been hulled this way, and the presence of the species in the area seemed unlikely. 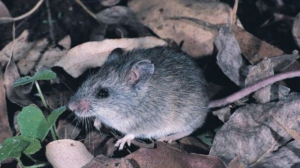 The New Holland mouse is a native rodent of similar size and shape to the common house mouse, but is distinguished by the absence of a notch on its upper incisors (Environment NSW, 2017). Its ecological function is not entirely known, but researchers speculate that the species is important for seed and fungal spore dispersal (Department of the Environment and Energy, 2019). Originally, the species was distributed across all Eastern states of Australia and even Tasmania (Environment NSW, 2017).

However, the influence of European settlement has corresponded with severe contraction in New Holland mouse range and an estimated adult population of less than 10,000 individuals (Environment NSW, 2017). The most pressing threats to the species are habitat loss and predation from feral and exotic animals (Department of Environment and Agriculture, 2019); factors that are associated with urbanisation and land clearing. Given that the New Holland mouse does not adapt to urban areas (ACT Government , 2019), it is vital that known habitat is preserved and restored to protect the vulnerable species.

The New Holland mouse is just one species being investigated for reintroduction to Mulligans Flat Woodland Sanctuary , a ~5km2 site dedicated to restoring the diversity of native grassy woodland and its pre-settlement fauna. Reintroduction projects are considered as pillars to the sanctuary, where the protection of key habitats and the removal of feral predators provides an experimental site for researchers to understand how locally extinct species may best recover and persist in a changing environment. 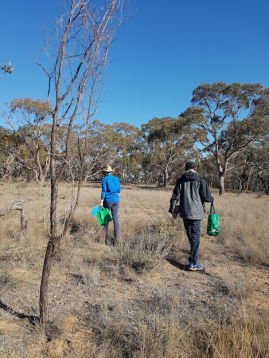 A three-person job: Kiarrah on navigation of coordinates, Kai on seeds and me, setting up traps.

I took a great deal away from assisting Kiarrah in this small step of her research. It made me realise how many cogs are at work when considering a reintroduction project and just how many minute procedures must be undertaken to gain a fundamental understanding of whether a population may be viable in a given area. What’s more, the fact that we found no trace of New Holland mouse in the location we surveyed, highlighted how crucial continuous monitoring is in ensuring the conservation of a species.