For my work experience I participated in the ACT Frogwatch citizen science program, which monitors local amphibian population rates. Over the course of a week I conducted night surveys at various locations on ANU campus. The surveys recorded the water level, surrounding vegetation, the temperature of the air and water and general weather conditions. Myself and my field partner, Shawn, had the chance to take some well-needed respite from study and sat silently along the banks of creeks, attempting to discern the population amongst the cacophony of calls. Owing to the difficulty in accurately determining the exact frog population, we utilised the braun-blanquet scale which approximates frog abundance via groups of 1-5, 5-25, 25-50, 50-75, and 75-100. The process of call monitoring, otherwise endearingly referred to as frog ‘eavesdropping’ takes place as annual program that occurs at the cusp of winter and spring, which is prime calling season.

The work of ACT Frogwatch is becoming more relevant than ever as a result of the rapid decline in the frog population since the 1980s (Campbell 2018). This finding is alarming owing to frogs’ status as an indicator species, whereby their presence, absence or abundance is an indicator of the ecological health of an ecosystem (Lindenmayer at al. 2000). This is attributable to their permeable skin, which makes frogs highly susceptible to even low concentrations of pollution in the water or soil (Beudel 2018). The collated data informs local government of the health of local wetlands as well as showcasing the effects of climate change. 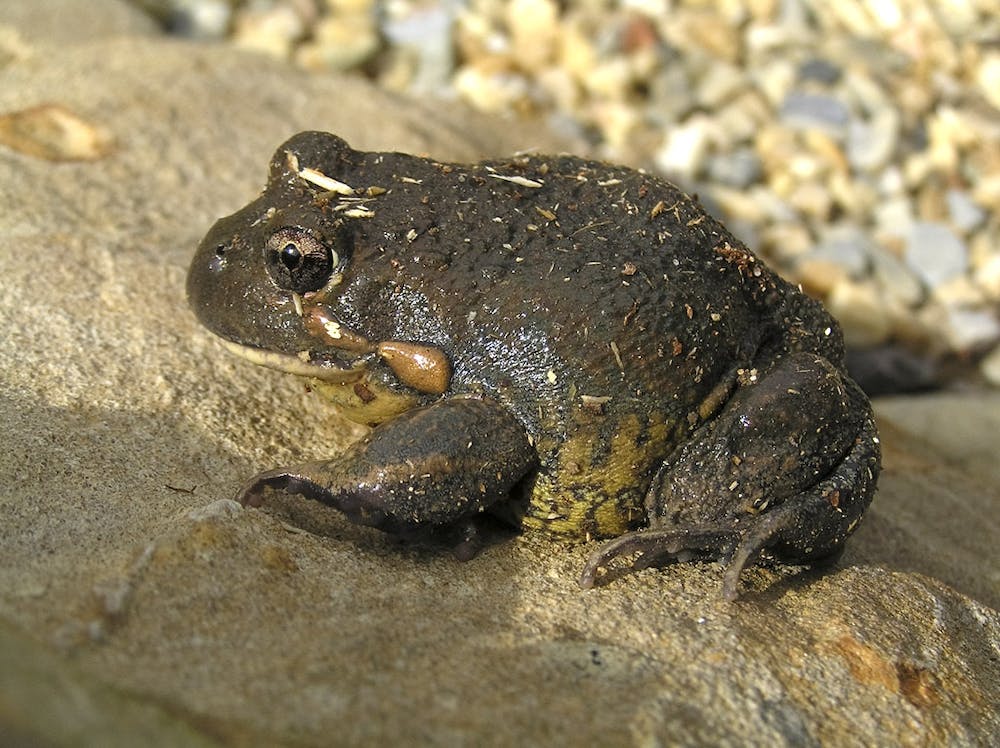 For most species, the exact drivers behind the rapid decline in frog population is still shrouded in uncertainty (Department of Environment and Energy). Climate change and population growth have been attributed as primary drivers, resulting in associated pressures of urbanization which has led to habitat destruction, pollution and the introduction of pathogens and invasive species (Department of Environment and Energy). The implications of climate change, with an unabating yet gradual increase in temperature will result in shorter winters and less water sources, which could wreak havoc for frog populations. These impacts are already being experienced, according to ACT Frogwatch Coordinator Anke Maria Hoefer, who has reported phenological changes in the calling with frogs calling up to six weeks earlier than usual seasons, resulting in the breeding season occurring earlier (Lowe et al. 2015).

Frogs are particularly vulnerable to the effects of climate change owing to their inability to regulate their own body temperatures. Frogs rely upon external sources meaning that increases in temperatures could result in deleterious consequences as they are unable to keep their body temperatures low. With the IPCC report (2013) predicting an increase in temperature by 4.8 degrees by 2100 if we are to continue our current rates of carbon emissions, this could spell catastrophic implications for frog populations.

Despite the success of the program, reaching over 3500 people annually with frog monitoring training and public education, its future is tentative. The last budget saw the program lose $80 000 in core funding, which could result in a reduction of the sites monitored from 150 to 80 (O’Mallon 2018). I think the program is important not only in its provision of data but as an effective strategy to engage the broader community in biodiversity conservation.

With the scale of climate change making it appear insurmountable, people feel powerless and unsure as to where they can help tackle this gargantuan issue. My thoughts on the issue is best encapsulated by artist Natalie Jeremijenko who stated:

“What the climate crisis has revealed to us is a secondary, more insidious and pervasive crisis, which is the crisis of agency, which is what to do.” (Jeremijenko 2009)

I believe that citizen science programs provides a constructive avenue for people to channel this feeling of powerlessness and actively work towards protecting our local biodiversity. I think it also assist in contextualizing the issue of climate change. As the effects are so gradual it can make it seem a nebulous concept that occurs at distant locations. This program enables those who participate to witness the impacts on our local ecosystems and species, hopefully driving people to push for broader change.

Campbell, A 1999, ‘Declines and Disappearances of Australian Frogs, Department of the Environment and Heritage, Canberra

Department of Environment and Energy, Australian Frogs- An Overview, The Commonwealth of Australia, Canberra