Eastern Bent-Wing bats (Miniopterus schreibersii oceanensi) are a sub species of micro-bat that can live up to 30 years. They feed on flying insects, and are found along the east coast of Australia 1.

They are versatile when it comes to roosting, choosing caves, mines, or even man-made structures to shelter in.

Inversely, they have very specific temperature and humidity requirements when choosing maternity caves (where baby bats are born and raised); it is believed that they depend solely on only very few maternity caves in the whole of NSW 1. Two of these important maternity caves can be found near Canberra – Church cave at Wee Jasper, and Drum cave in Bungonia State Conservation Area.

The species is classified as ‘vulnerable’ according to the Threatened Species Conservation Act 1995 1. This status is partly because of habitat fragmentation, and migratory paths being obstructed or degraded by humans.

A prominent issue for bats in the ACT and southeast NSW region right now is the proposal of multiple new wind turbine farms; to be built right in the way of potential migratory paths 3. These turbines are large and dangerous to small flying species like the vulnerable Eastern Bent-Wing Bat. 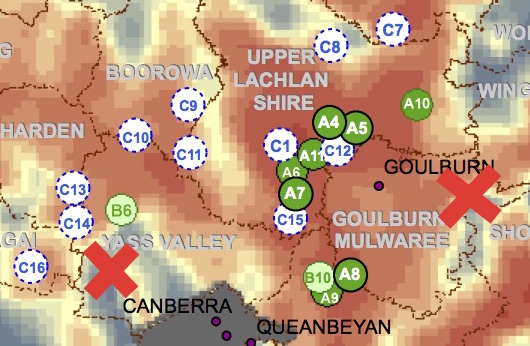 Doug Mills of the NSW Department of Environment and Heritage has been monitoring populations and assessing fluctuations of the bats for seven years at the two maternity caves at Wee Jasper and Bungonia. He is also in the process of determining whether the location of proposed turbines will be an issue for the bats. I accompanied Doug on a research trip to Wee Jasper caves to continue monitoring the population at Church cave for this season.

We drove out to Church Cave just before sunset. The thermal imaging camera was set up and the accompanying program that counts bats leaving the cave. Doug monitors the populations regularly throughout the season to record population changes.

Doug has found that the whole bat population of Wee Jasper moves on completely over winter,  toward the coast. Population fluctuations generally reflect water and resource availability on each given year, from thousands to tens of thousands.

The entrance to Church Cave 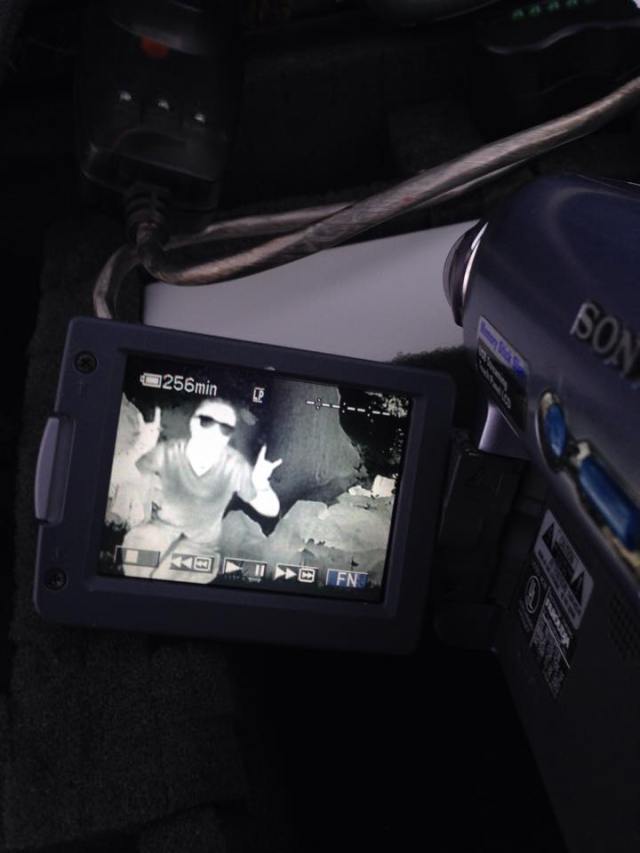 Recently, Doug has recorded some population increases, great for this vulnerable species!

So far, the sites Doug has been monitoring near Bungendore recorded no migrating bats; so proposed wind turbines there may be able to go ahead. If the bats were present, their vulnerable species status would prevent the turbines from being built. If they were built anyway, would biodiversity offsets be a viable option?

This research is an example of when good intentions (green energy!) turn out to be harmful in ways previously unconsidered (poor bats!). This is why it is so important to assess all implications of a project and weigh up relative consequences.