Zoos have always been a topic of debate, with conflicts between those who argue they save endangered species and educate the public, to animal rights activists who believe the costs outweigh the benefits.  It is a two sided argument and I believe both sides raise a number of worthwhile points.

Zoos are able to educate the public and inform about important biodiversity issues.  They provide protection for endangered species that are no longer present in the wild, free from the pressures of habitat loss, starvation and predators.  As well as this, the majority of larger scale zoos readily support conservation, funding various national and international conservation projects.  Australia Zoo currently has programs running for crocodiles, tigers, wombats, elephants and cheetah.  Breeding programs are also undertaken for endangered species. 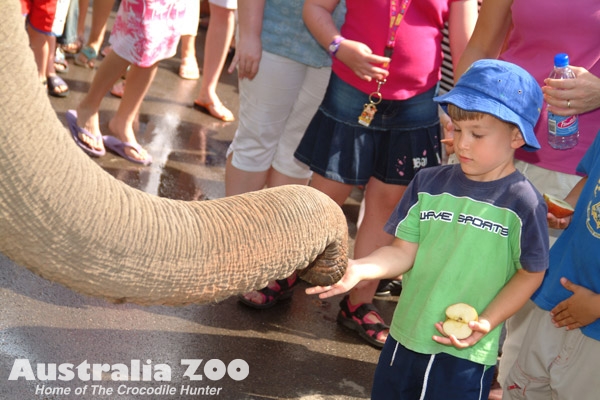 From an animal rights standpoint, confining animals is morally wrong.  You wouldn’t lock up an innocent human being, so why do it to an animal?  Difficulties can often arise with a lack of genetic diversity, which leads to weaker offspring.  This means that animals often have to be transferred between different zoos.  Some species (such as pandas and elephants) are just too difficult to breed in captivity.  A major issue is that of re-introduction.  Species threatened by habitat loss will not be safe unless suitable ecosystems are protected and those at risk from poaching will not be safe until a change in attitude occurs.

Zoos provide a number of public benefits through recreation and education.  They protect critically endangered species and support conservation projects.  However, I believe that more funding should be directed to wild animal conservation, as this is where animals primarily belong.  Money could be channelled towards protecting animals’ natural habitats, lobbying to stop poaching and establishing protected reserve areas.  Support should also be given to conservation/volunteer organisations, such as African Impact.  The organisation runs a four stage release program for lion rehabilitation in the area.  Cubs are raised from birth as in a zoo but then progress through to a large managed ecosystem, where they are as close as possible to their natural environment in the wild.  A final stage then sees prides released directly into the wild.

A lion cub being raised in its natural environment through the African Impact volunteer program.