Hokkaido is the most northern and biggest prefecture in Japan. This place is well-known for its beautiful nature, however, there are serious environmental, social and economic problems caused by the excessive increase of native deer: the Ezo Deer. The height of Ezo deer is 140-180 cm (the big ones exceed 2m!), and the weight of the heaviest one is over 170kg. So, they are not only harmful as pests which eat agricultural products, but also dangerous as causes of car accidents. I lived in Hokkaido when I was at a Japanese university. So I heard about lots of people bumping into Ezo deer, and sometimes the people died by the car accident. In addition, these deer damage the ecosystem by eating particular types of plants. 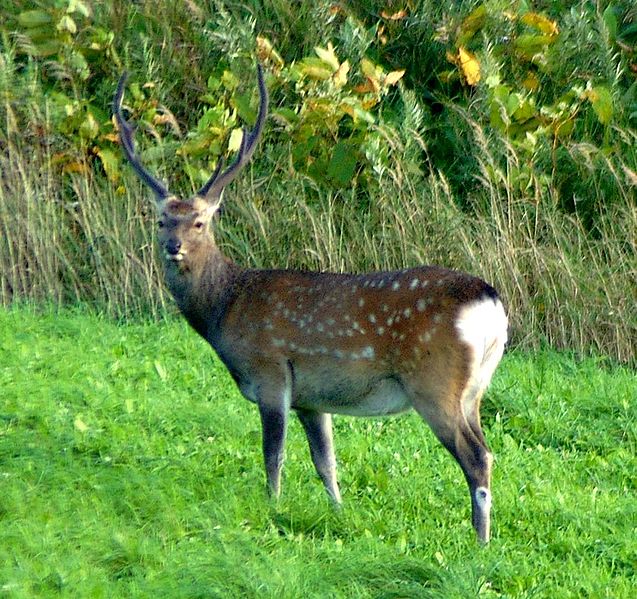 The Ezo deer have become an issue because of the absence of predators. Actually Japanese native wolves called Ezo wolves existed as predators on Hokkaido about 100 years ago, yet they became extinct due to diseases and hunting. However, lately the Japan Wolf Association is suggesting a plan to reintroduce a similar predator. They intend to reintroduce European wolves which are genetically close to the extinct Ezo wolf. But local government and farmers object to this plan, because there is a high possibility that the introduced European wolves will start to hunt livestock, and also control of the wolves will require expensive running costs. Therefore, this plan has not yet been realized. 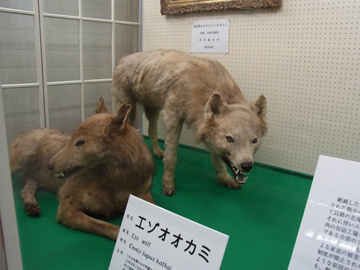 Ezo wolf which became extinct during the Meiji era (around 100 years ago). Source: http://www.sapporo-tourguides.com/news/botanical-garden-in-sapporo.html 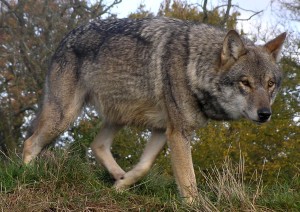 However, there is a precedent where wolves have been reintroduced to control a feral animal. In the Yellowstone National Park in the US, there was damage to native vegetation caused by excessive increases in the number of elk. The cause of this increase was the extinction of a predator: the grey wolf. Thus, the Federal government decided to reintroduce this species. As a consequence, the resilience of the biodiversity in the national park has been reported. In addition to the recovery of vegetation, the number of beavers and red foxes have also recovered, since the grey wolves reduce the number of coyotes which compete with red fox and hunt beavers and do not hunt elk. This plan seems to have succeeded easily, but there was a long preparation period (around 30 years) and some conflict about the reintroduction of wolves. The first idea of the reintroduction of wolves was submitted to the Congress in 1966, yet farmers who worried that wolves would attack livestock strongly opposed the plan. The Federal government kept negotiating with farmers while gathering the opinion about the reintroduction plan from general public. Moreover, continuous evaluations of environment were conducted during this 30 years period of negotiation. In 1987, the government established a fund for farmers to compensate for the loss of livestock, then in 1996, the plan finally was approved by Congress. 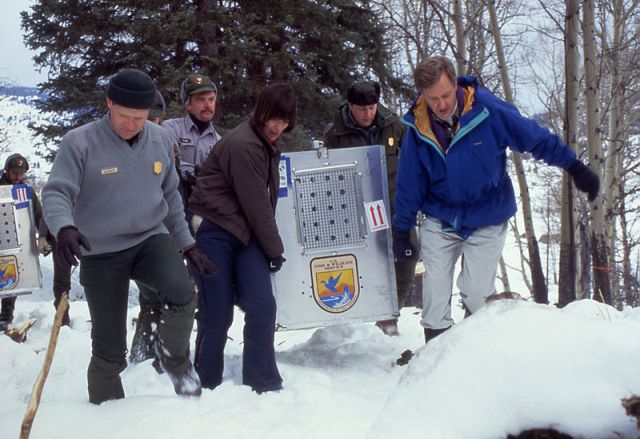 Wolf reintroduction was carried out in Yellowstone National Park in 1995. Source: http://en.wikipedia.org/wiki/File:Reintroduced_wolves_being_carried_to_acclimation_pens,_Yellowstone_National_Park,_January,_1995.jpg

However, whereas the plan was successful in recovering biodiversity in the national park, some incidents of wolves killing livestock, and more alarmingly , killing human have recently been reported.

Do you think wolves should be reintroduced?